The name of the work ‘Formation’ refers to the Buddhist term Saṅkhāra which literally means ‘that which has been put together’ in Pali language. Taking inspiration in the graffity aesthetics and methods of translating letters into the abstract shapes, the elements composing the sculpture are actually grafemes of a written name of the author.

Stylised shapes are translated further on into a 3 dimensional object as embedded connection points allow the sculpture to be assembled in multiple ways. Interplay of gravity and material resistance are the forces which are defining the final form of the sculpture.

The sound formation object made specifically for the Infected Structures exhibition in Sokolowsko, is equipped with transducer speakers which are used to turn several aluminium plates of the sculpture into sound emanating surfaces adding another dimension to compose and generate formations of overlapping sound waves audible in different ways depending on the location of the spectators, as each plate is playing a separate sound recording which is composed by the artist in the experimental sound synthesis software. 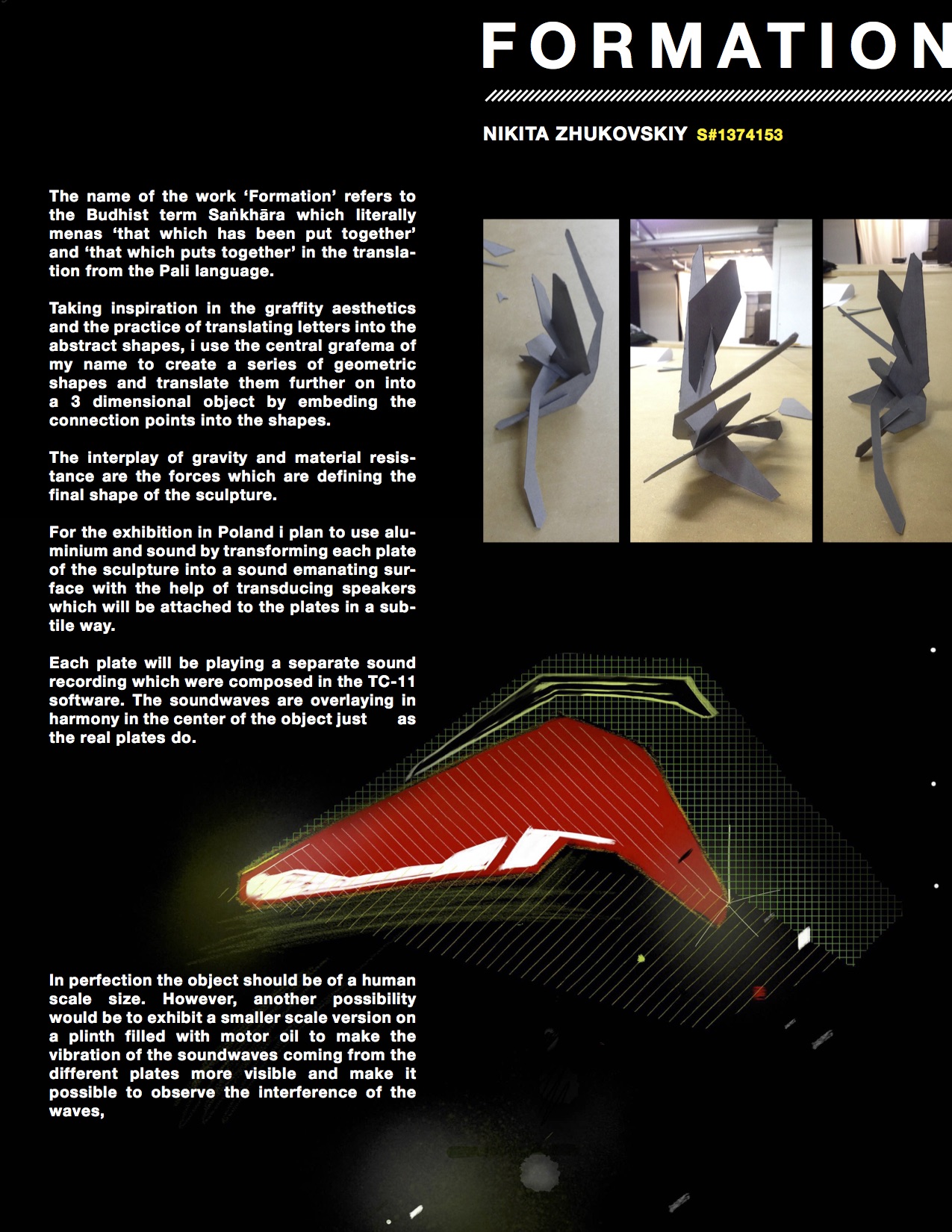